The Impact of Ban on Alcohol Advertising?

During the last couple of weeks there have been a couple of new comments about the ban on alcohol advertising. I have been thinking about what impact this will have on the Liquor Industry for some time now and I keep coming back to the same issue. The fact that people are not smoking less after the ban on cigarette advertising is another cause of concern, but here are my thoughts on what will happen should this law pass (and we are all pretty sure it will):

Heineken is one of Europe and the ’s most advertised Beer, at least according to me. They are a sponsor of the UEFA Cup Soccer, Heineken Cup Rugby, a couple of Golf Tournaments and I am sure involved with many other sports. With this new law they will be stopped from being a sponsor of these events. Let’s assume the Heineken Cup Rugby tournament was worth ₤100million in Sponsorship money. What will they do with this money now? If this amount was allocated towards sponsoring an event it means that they saw the merit in it and were willing to invest in their brand. Now they are not allowed to spend this money, what can they do for brand awareness and brand building? Personally I would take a percentage of that money i.e ₤25million and build it into the price of a case/six-pack of beer. The regular selling price can come down or put the beer on special a lot more regularly than it currently is without losing a loyal following. In fact by doing this I might grow my consumer base. The consumer who bought cheaper beer because of the recession might turn back to Heineken if the price drops. 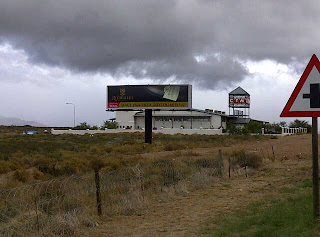 What concerns me the most is whether the powers that be really investigated the impact that such a decision will have? In the you can advertise an alcoholic beverage, but nowhere in the advertisement are someone allowed to drink/swallow from a glass or bottle. Has anyone seen how clever Bud Light has created such an amazing group of TV Ads that people cannot wait to see their new Ad. Almost like the City Lodge Ads in that used to be very funny and catchy, without it being the cheapest hotel to stay in. This ban won’t have such a big impact on the Wine Industry as it will have on the Beer and Spirit Companies, purely because it just doesn’t have that amount of money available for advertising. However, it will have an effect on how traditional marketers and advertising companies thought and created.

The economic times that we live in and probably will for some time, consumers will always look at price and what they get for their money. People didn’t stop drinking because of the recession they just drank cheaper wines/beers/spirits and quite possibly drank a lot more. If this Ban on Advertising will stop huge brands for spending money on visibility then I can almost guarantee you that they will use this money somewhere else. What better place and in what better way than to make their products more accessible to a larger market, making it more affordable and growing their sales volume while doing it.


Think of the impact the cigarette advertising ban had in South Africa with many events having to find new sponsors: Rothmans July and Gunston500 to name a few. The harsh reality as well is that cigarettes have become more and more expensive every year. This still doesnt stop people from smoking even those who used to say that they will stop when a packet cost R10!!
What is very interesting though is that in recent times the biggest sponsorships around the world are coming from cellphone/telecommunications brands i.e Vodafone, , Vodacom, MTN, T-Mobile, Verizon etc. Does this tell a story??

What else do you think will evolve from this Ban??

FOOTNOTE: I used Heineken as an example because i think what they have done in advertising and sponsoring has been amazing. They might be very hard hit should this Ban come through and I am also wondering what their next steps will be.

Posted by TheLeg at 5:11 PM No comments: Links to this post

TheLeg
I am a Sportfanatical Wine Marketer with a passion for what i do. I like to share my opinions with people and that was the main reason for this blog.