December 2012 was the first ‘anniversary’ of starting my own business. It was definitely not the best time of year to start a business don’t matter what industry you are in, but I had to make the best of the situation.
Luckily for me I was already setting up my portfolio of wineries and I could use the quieter times in the market to plan properly to kick things off. Needless to say, it was a lot harder than I thought and that anyone could prepare for. The biggest lesson I learnt and thankfully learnt VERY early on was to align myself with like-minded people.


Without this it does not matter how good your wines are, you WON’T become a successful brand. The smaller and medium producers that I have met and in some instances worked with are great examples of why the South African Industry is in dire straits. The industry itself is responsible in a big way for our current situation and this includes producers and the trade out there.
The distribution game is pretty much a monopoly business with Vinimark and Meridian owning the biggest chunk of business. If you are not with them then your chances of being listed in retail or the majority of restaurants are extremely slim. Why? Well between the two mentioned above, plus Distell and DGB they basically buy up all the listings on Restaurant Wine lists. This is impossible you might say, but unfortunately it’s the truth. The consumer is being “told” what to drink by whoever was willing to pay for a spot on the wine list.

Although this is a generalisation it is fact for at least 80% of all restaurants. The Restaurants who distinguishes themselves from the others are those open enough to taste with the smaller lesser known producers/winemakers and know their customers are open to try new wines. They don’t want brands that are mass produced and distributed, but unfortunately these Restaurants are few and far between. The SA Market Place has a HUGE shortage of educated On- and Offtrade staff and that affects the smaller brands the most.

What are the biggest problems for the smaller producer?

The saving grace in many ways has been the use and activity of social media. The smaller producer can compete and build awareness via this medium at NO to very minimal cost. There has also been a growth in “self-made wine journalists and bloggers” who have done great work for the unknown smaller brands. I have always believed that the smaller producer should do whatever they can to grow a database and loyal consumer base which they can supply direct.

I have been very fortunate and lucky that friends and trade people I met over the years have been extremely supportive. They were very excited and willing to taste the wines I presented to them and in such a way have created a market around South Africa for these wines.  I have managed to open up warehousing and distribution in cities outside of Cape Town to lower distribution cost and have worked with Restaurants and Shops who can sell smaller brands because they know what they do.

The demand for handmade, smaller niche products are opening up doors for the smaller producer to create a customer base. I believe the Fresh Produce Markets and Saturday Markets popping up in cities and neighbourhoods are big contributors to this and that’s great. 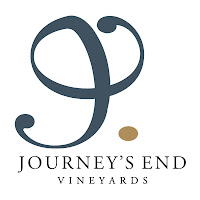 My first year was a tough one no denying that. I learnt a lot about myself, but also saw a very different side of the industry that opened my eyes whilst giving me a new found energy to help smaller producers and fight for the Estate cause. I believe there are people who lives in a ‘dreamworld’ and who doesn’t really understand the realities of the industry and this is not just producers, but across the board.

Now in year two we will build on the groundwork done in 2012, grow sale, brand awareness and most importantly a loyal customer base. Rome wasn’t built in a day, but the best brands in the world were built on a solid foundation with personality, consistency and passion. All the brands in my portfolio have this and in 2013 we will take it to the next level.

The year 2013 is going to be the year of the small producer!!

Posted by TheLeg at 8:50 AM No comments:

TheLeg
I am a Sportfanatical Wine Marketer with a passion for what i do. I like to share my opinions with people and that was the main reason for this blog.